Go Forth Educator’s Guide 2022
NEXT 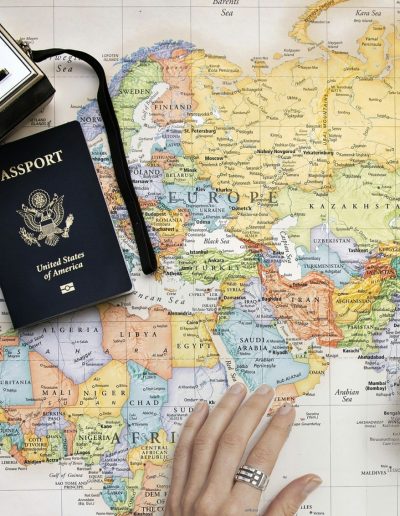 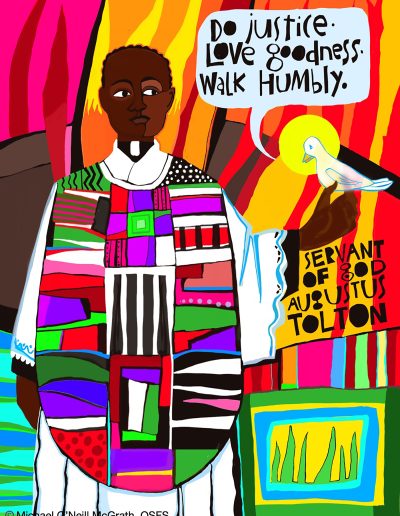 OBJECTIVE: In this issue young people will EXPLORE their call from God or vocation to live a life of mission.  They will UNDERSTAND the story of a missioner’s call and journey.

They will IMAGINE their mission adventure by CREATING an adventure map. They will REFLECT on their calling from God through scriptures and Church teachings. PRAY using the prayer THERE IS A MISSION by Maryknoll Fr. Joseph Veneroso. ASSIGN a leader to read all the unbolded parts and INVITE everyone to pray the response together.

Whenever hearts break and tears flow and people stoop under heavy loads:

Every time hearts open to welcome the foreigner and the enemy, as well as the neighbor:

Every time hearts cry out for justice, peace and dream of a much better world:

Every time the borders fade and the walls collapse turning us all into sisters and brothers:

Every time the Kingdom of God asks people to leave what is and sacrifice everything for what could be:

I invite you to name the places that we have in our hearts right now that are in need of justice and peace. Deacon John Siyumbu was 13 years old when he received the sacrament of confirmation; and first felt the missionary call to go out into the world to share the love of Jesus.  He recalls turning to his mother, and saying in the Swahili language of East Africa: “Mama, nataka kuwa padri” (Mom, I want to be a priest). “Let’s wait and see,” said his mother, Eunice Wanga. Years went by and John entered Kenyatta University in Nairobi, Kenya.  There he met the university chaplain, Maryknoll Father Lance Nadeau.

Meeting Father Lance would prove to be an important step on John’s mission journey.  John was passionate about learning new languages and he cared deeply about the well-being of other people.  He was searching for a way to share his faith among different cultures and a new possibility opened up for him when he began to get to know his university chaplain. John said, “The zeal, the passion for service, the desire to serve the people of God that I saw in Father Nadeau is what attracted me to Maryknoll.”  His mother wanted John to stay close to home but he could not deny the call he felt to follow his mission journey and to join Maryknoll to live his lifetime mission to serve the poor and the suffering around the world.

John has faced a few obstacles in his mission adventure.  After meeting Father Lance, John went on Maryknoll’s website and saw that Maryknoll was not accepting people outside of the United States.  But John prayed and persevered.  Maryknoll would later change their admittance policies and begin to accept young men from the countries where they serve.  In June of 2022, John will be the first Maryknoll priest ordained from Maryknoll’s overseas mission. On getting ready to leave Kenya, John remarked, “ I was partly unsure and even apprehensive about traveling all the way from East Africa to the US.”  Upon arriving in the United States for the first time John faced another  challenge.  He said, “I arrived in Chicago in February 2017. This was my first journey outside of East Africa, which is warm year round. While the snow was beautiful, I remember how I found the freezing temperatures extremely challenging.”

After facing the freezing temperatures while studying in Chicago for two years John was sent  to Cochabamba, Bolivia saying he was thrilled that he’d finally be learning Spanish and have the opportunity to share his faith with the people there.

While in Bolivia, he accompanied Doña Maria Luz Sanchez in her ministry with the sick and elderly.  John is so grateful to Doña Maria. He said that from her and others in Bolivia he learned about service and what mission means.

At this major milestone, as Deacon John prepares to be ordained a priest, he reflects back on how his faith has helped him navigate his mission adventure thus far.  He explains, “God is a constant companion in my mission journey. My faith in the mission of Jesus sustains me in my desire to follow and find the light of God among the peoples of this world.”

Dcn. John Siyumbu and Fr. Augustus Tolton (whose image is in this issue) both took a journey that was new or hadn’t been done before. What new path could you imagine taking? 1. What does the verse from Isaiah tell us about God’s call and the strength promised for our life’s journey? Where do you think John Siyumbu found strength for his mission journey?

2. What or who does the verse from Luke tell us we need to bring on our mission journey?  Could you see yourself being sent to work as a missionary priest, brother, sister, or lay missioner? Why or why not?   Who inspired John S. on his mission journey? What obstacles did he face?

3. In James, what do we learn about what we should do on our mission adventures?

What does the Church say? WHAT DOES THE CHURCH SAY?

The Holy Father emphasizes the Church’s social teaching as an integral part of the Gospel message to be proclaimed in mission. He says, “ We must come out of ourselves and grow in boldness. The Mission is the mission of God. Jesus, God’s missioner, tells his followers, “As the Father sent me, so I send you.”  The mission of God, therefore, is—or should be—the Church’s highest priority.  Or, as is often stated, the Church does not have a mission; mission has a church.”  Pope Francis WATCH the Maryknoll Fathers & Brothers vocation video. Vocations: The Calling of a Lifetime

REFLECT on these questions:

What is one thing you heard in these videos that you liked?  Who said it?

Why did they decide to go on mission to another country?

Who are the people they have met on their adventures?

If you could ask the missioners one thing about their adventure in mission, what would it be?

Like the Maryknoll Missioners you too are called to the adventure of mission.  IMAGINE what your mission adventure could be by CREATING a Mission Adventure Map.  Start by WRITING the answers to this quiz.

What talents and passions do I have that would help me on this adventure? (If you are not sure about what talents you have, ask a trusted friend, teacher, parent, etc.).

If I could go anywhere in the world on mission, where would I go and why?

If I could help anyone in the world who would that be and why?

Who would I like to go with me on this journey?

What obstacles might I need to boldly face on my journey?

What would I hope to learn on my adventure?

How will my faith help me to navigate my adventure?

Now begin DESIGNING the Map to Your Mission Adventure

DRAW a map of your journey. It can be a straight or curved line, place, or shape Use your imagination to make it your own.

DRAW yourself at the starting place. Using answers from quiz question 1. Use symbols or words to show your talents and passions.

Using quiz answers from questions 2 & 3 to CREATE destinations or places you will go on your map.

From quiz questions 4 & 5 place people who will go with you and those you may encounter on the map.

DRAW the obstacles that you may boldly face on your adventure using answers from question 6.

From your #7 answers ILLUSTRATE somewhere on your map what you hope to learn on your adventure.

CREATE a map key with symbols and directions used on your map.

In the map key include how your faith will help you to navigate this adventure.  Refer to your answers in quiz question 8. MAKE a video of your class or group and SHARE your Mission Adventure Maps with us at: teachers@maryknoll.us

TELL us where your mission is headed and how your faith will help you navigate this journey.

BE A GLOBAL NEIGHBOR Walk with Maryknoll Fathers and Brothers on their mission adventure by supporting their work with orphans in Bolivia. Take a look at the poster of the men who are currently studying to become priests or brothers with Maryknoll. Talk as a family about questions you would like to ask them. Pick one of the men and write a letter from your family to him.

Send the letter to us at: teacher@maryknoll.us and we will look at getting you a response.