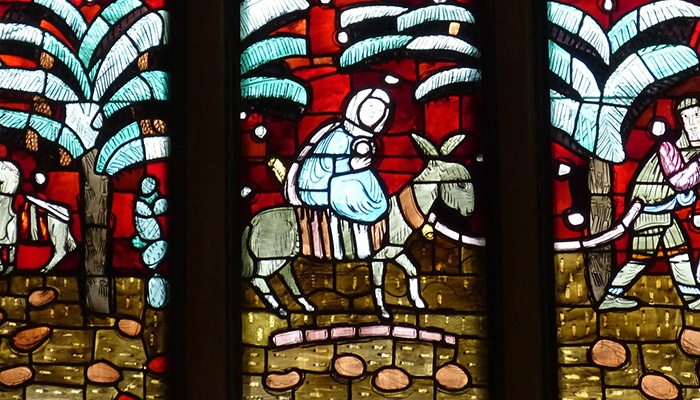 Once a week Maryknoll Sister Lelia Mattingly passes through the security checkpoint of the U.S. Immigration Detention Center in El Paso to visit Rosa, a 63-year-old grandmother from Honduras.

Rosa raised her granddaughter, Yaneth, in a loving home in Honduras. When Yaneth turned 15, Rosa became very fearful for her granddaughter’s safety because a gang leader came looking for her and wanted to force Yaneth to be his wife.  Both the lives of Rosa and Yaneth were threatened if she refused the marriage.  Frightened and seeing no other option, Rosa sold everything she could in order to have the funds to start the long journey to the United States.  It took almost a month of traveling by foot and on hot, overcrowded buses, risking being robbed–or worse–on the journey.  When the two reached the U.S. Border, they presented themselves and asked for asylum.

During this Advent Season, Sr. Lelia is reminded of Pope Francis’ words, “Every stranger who knocks at our door is an opportunity for an encounter with Jesus Christ.”